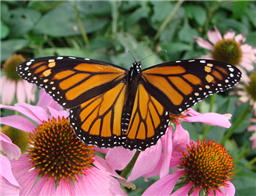 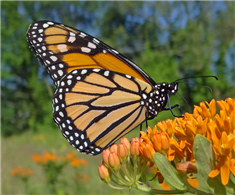 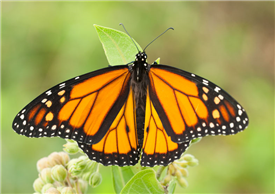 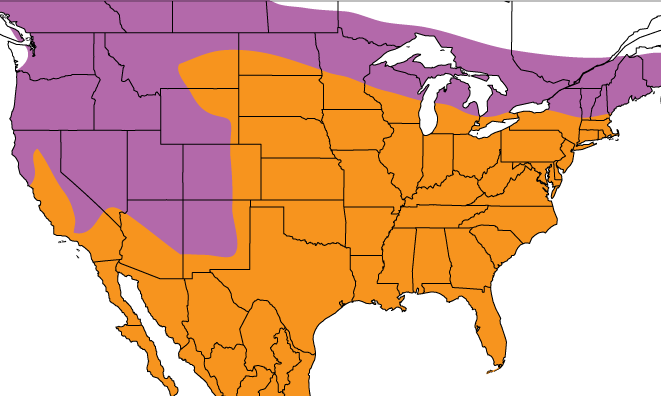 Create an account to store your personal notes on each species here.

Add a Sighting, Photo or Trip

MORE COMING SOON - Including trips you have seen this butterfly on

Large, bright orange and found throughout the United States and southern Canada, this is the best known butterfly in North America.

Any open areas with milkweeds.

Monarchs cannot survive freezing temperatures in any stage.  Hundreds of millions of Monarchs overwinter in fir forests at more than 10,000 ft. elevations in the Mexican mountains, in the state of Michoacán. Until recently, these overwintering aggregations were one of the great natural spectacles on the planet Earth.  These Monarchs then fly north in early spring to repopulate the eastern two-thirds of North America.  Most of the Monarchs west of the Rocky Mountains overwinter along the California coast.  Monarch populations have been declining for more than twenty-five years.  Part of the problem has been that the fir forests that are used as overwintering sites have been severely logged, mainly illegally, and thus the ability of these sites to harbor Monarchs has been degraded.  Even though illegal logging has been slowed, the loss of integrity of the overwintering sites may continue to adversely affect ongoing Monarch populations.  Another possible factor affecting Monarch numbers is that the numbers of milkweeds in the agricultural Midwest have steeply declined, largely due to changes in agricultural practices that make it easier to keep large corporate farmland weed (including milkweed) free.  Also adversely affecting these butterflies has been recent serious droughts in south-central Texas, a key breeding area during the northward migration in the spring.  It is also entirely possible that disease, even a new and unknown disease disseminated by commercial breeders, is contributing to population declines.

Monarchs probably evolved in the American tropics, perhaps using Tropical Milkweed (Asclepias currasavica) as a hostplant.  Non-migratory populations are present throughout much of Mexico and through Central America to northern South America and south through the Andes and through much of the Carribbean. In relatvely recent times, Monarchs, always probing new areas, have crossed the oceans and now inhabit the Canary Islands, New Zealand, and the Hawaiian Islands.